Home - Our Story - The Owners 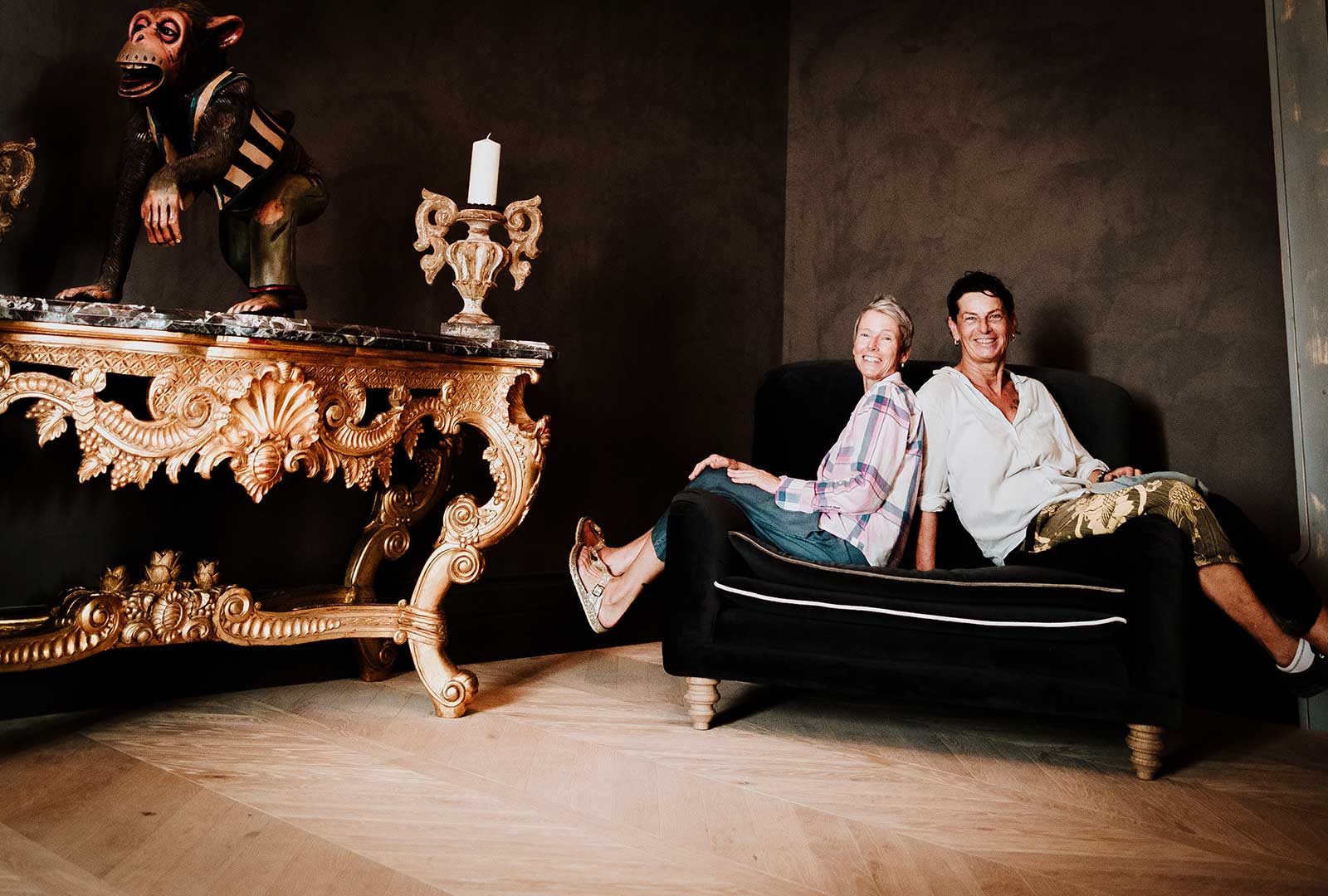 Pascale and Ulrike: The Art of Innovation.

As soon as the red carriage door opened it was love at first sight. Pascale Lauber and Ulrike Bauschke knew instantly that they would not be able to resist. “As if,” says Ulrike, “it already was our home.” In 2016 an Ostunian friend of the two partners took them on a visit of the Palazzo Rosso. By then, the two entrepreneurs had been in love with Puglia for several years. Four years earlier, they had even restored a local traditional farmhouse, a Masseria, a haven of peace to recharge in the summer with their friends, a much-needed breath of fresh air when like them, you work on multiple projects. In Romont, Lausanne and Verbier, Switzerland; in Paris, New York and Cape Town, the two partners have shaken up the rules of real estate and interior design. They have opened and renovated restaurants, boutique-hotels and apartments all over the world. They make a complementary pair, each with their own, very distinct journey.

Pascale, from French speaking Switzerland has only one word and thousand images in mind: style. For as long as she can remember, it is what guided her life. It started in childhood with her room, which she decorated and redecorated… Every six months! Laying rolls of wallpaper, incessantly visiting the architect next-door, Pascale has interior design running through her veins. Instinctively, she eats, dresses and thinks design. Even if it means lying awake at night, with a thousand ideas colliding in her dreams.

Ulrike is passionate about travel. And Italy, where she spent her vacations and learned the language as a child. After her training in tourism in Munich, the Swiss-German moved to England and then to Paris, working for Air France. But Ulrike was restless: staying behind a desk prevented her from exploring the world.

It was time. The two partners decided to go for it and open a first restaurant, renovate it, serve, “offer a beautiful energy”. Others follow; innovative, they make a killing. Their business model takes shape:  buy-renovate-sell in real estate and in the hospitality industry. The name of the game? Exquisite design in every detail, of course.

On the day they walked through the door of the Palazzo Rosso, Pascale and Ulrike who already run a boutique hotel in Cape Town, had no intention of starting a new project. No, they’re in Puglia to recharge. They just wanted to visit and admire the architecture of this historical building. But here we go again! The two are immediately drawn by the potential of this centuries-old gem: The height of its ceilings, its vaults, its frescoes, its red-stone. It’s unthinkable not to make it a hotel, this place must be made accessible to the public: “Too beautiful to stay hidden!”

Private transfers from Brindisi (30 min) and Bari (1h10 min) airports can be organized for your maximum convenience.