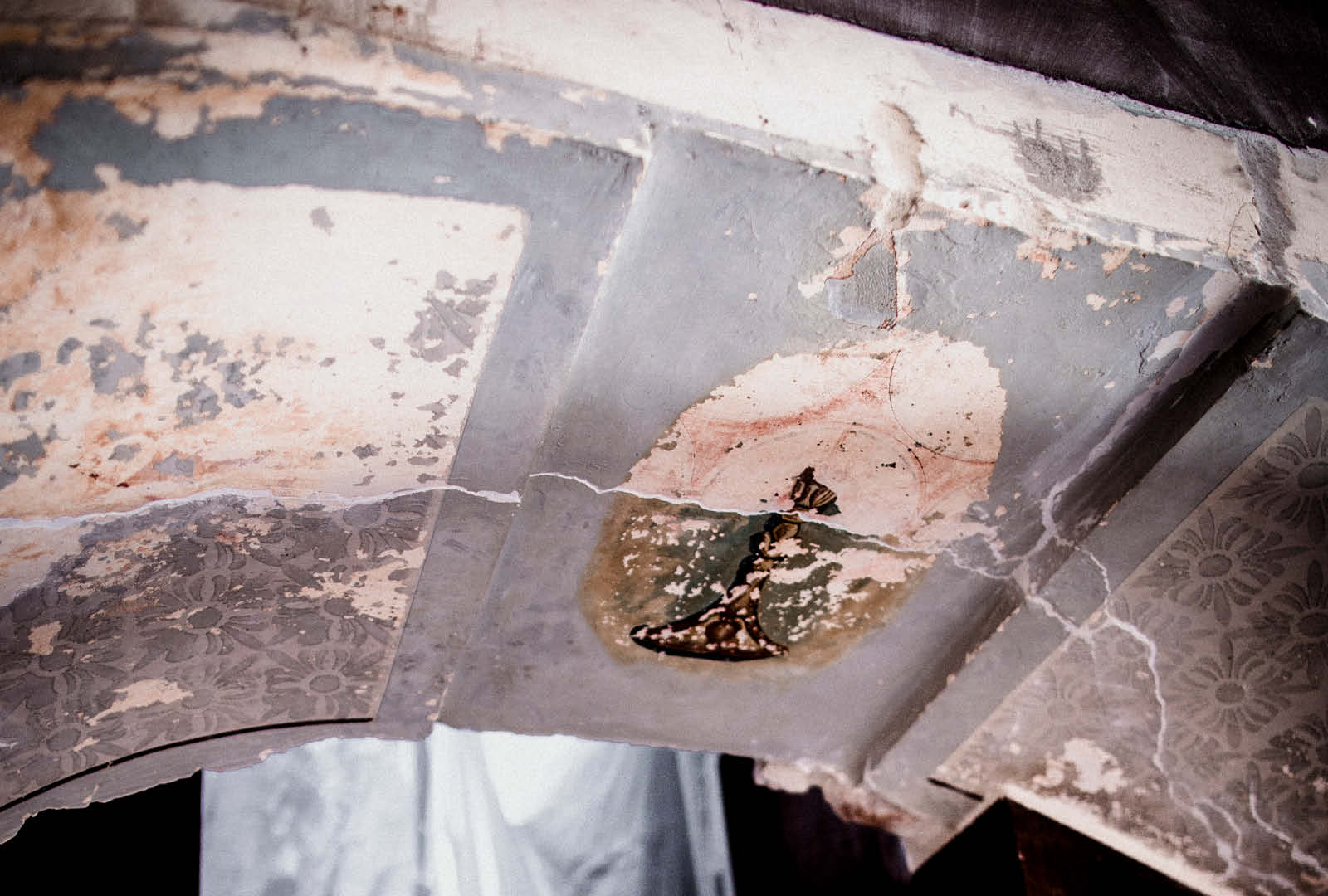 Uncovering the mysteries of a building

The timeline is still a bit blurry, but Maria Buongiorno, the conservator in charge of bringing to light the former glory of the building, is certain that the architecture of the Palazzo is multi-secular. The most ancient parts seem to date back to the 1700s. There are fireplaces, stone vaults, but also frescoes, like the magnificent “Jesus and the Samaritan” that are clearly from that period. During the restoration, a wood door with peepholes typical of 17th century cloisters has also been discovered. This treasure, as well as the many religious frescoes suggest that the Palazzo once housed a convent.

Later, it apparently fell into the hands of Neapolitans. Several clues point to the new owners being from Naples, starting with the beautiful original majolica tiles which have been brought to new life in our Bar 700. On the back of some of those tiles, Maria found an M stamp, the brand of a famous workshop owned by the three Massa brothers, ceramics masters of early 18th century Naples. Another clue is the color of the building: This shade called Pompeii Red was named after the famous lost city because it was commonly found on residences as well as on the famous ruins. In the 18th century, right after the fabulous re-discovery of Pompeii, this particular red became a fashionable status symbol since the pigment was the most expensive on the market.  Cladding an entire façade in Pompeii Red was therefore an ostentatious display of wealth and even more so amongst the white buildings of Ostuni.

The removal of several layers of green and brown paint from the inside walls uncovered beautiful neo-classical frescoes of the 18th and 19th centuries. In those days, religious representations were not in fashion anymore!   In their stead, mythological beasts, playful dragons and griffins cavort along the friezes on our walls. It is there that we found the cute dragon that became our iconic logo.

At the turn of the 17th century, Puglia like the rest of Italy develops many public green spaces for health and social purposes. The Palazzo, of course had to have a private one: an extraordinary garden laying, protected, behind high stone walls. A symbol of wealth and leisure, the space is enhanced by a row of Tuscan style columns forming a path towards the beautiful orange grove. This tucked away place is conducive to peaceful reading or meditation and awaits our guest’s visit.

Covid - PCR test at the hotel

Paragon 700 Boutique Hotel & SPA will open its doors again in April 2021
(subject to change due to government restrictions).

We partnered with Laboratory Alfa in Ostuni, and we offer the possibilities of having the PCR test at the hotel for all the guests who might need it for their return journeys.

We can't wait to have you as our guests!